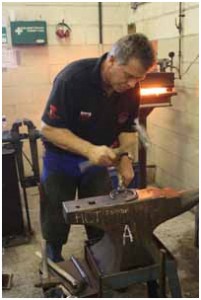 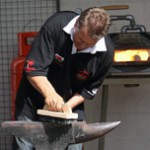 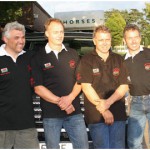 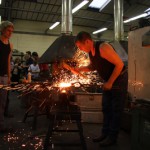 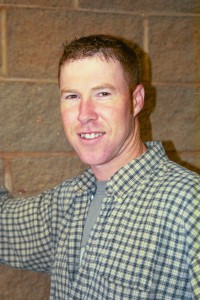 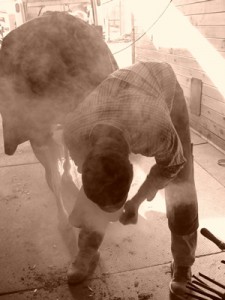 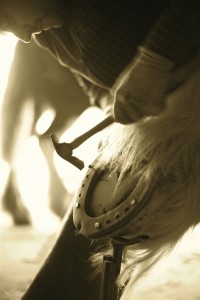 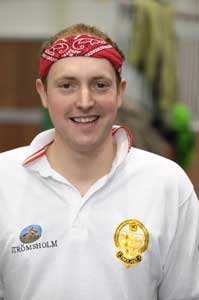 Steven Beane AWCF has been shoeing horses for 11 years and currently has a busy practice in North Yorkshire.

He is an associate of the Worshipful Company of Farriers and does clinics and judges both at home and abroad. He is a keen competitor participating in competitions worldwide.

Steven has been a member of the English horseshoeing team for six years and been on the winning team 4 times at Stoneleigh. He has competed at the AFA annual convention 4 times and Calgary 5 times.

A few of his proudest achievements are:

He is in constant demand world wide to provide clinics and demonstrations. 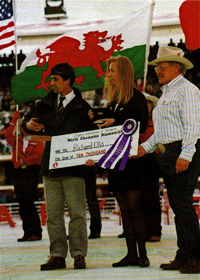 Born in North Wales in 1963, he started his apprenticeship in Northampton in 1979 with Mick Fryatt and qualified in 1983, with Honours.

had been a member of the infamous international Welsh team with Andy Martin, Billy Crothers and Jim Blurton for 12 years, winning National, International and World 4 man team shoeing competitions during the same year.

Richard judged every Major shoeing competition in the UK, some in Europe and Calgary 2002.

Sadly Richard passed away in December 2012 after battling a long term illness. A true legend of the industry and a true gentleman, he will be missed by us all. 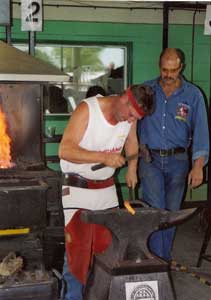 Gary has been running his farriery business from Meadow Bank Farm since 1980. During this time he has trained nine apprentices including Derek Gardner (an internatinal judge, past Scotland Team Member and National Champion farrier) and Richard Slater (current England Apprentice Team Member).

He is also Seven Times National Champion and has won all the Major Shoeing and Shoe Making Competitions in the UK during his career. 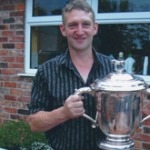 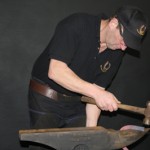 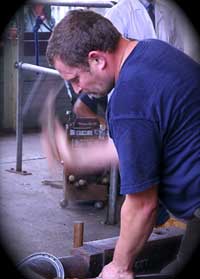 Brian started his farrier career in 1991 working for Billy Crothers who was based near Tring hertfordshire, after gaining a years experience shoe making in the forge Brian’s apprenticeship commenced, working with fellow apprentices Darren Bazin, Nick Record and Sam Head.

Training along side these guys there was no surprise a strong competitive nature was encouraged which took them to many competitions that improved their shoe making skills.

In 1996 Brian passed his diploma of the worshipful company of farriers, and is convinced that the experience of shoe making competitions as an apprentice gave him much improved confidence when sitting exams.

In the late 90’s and early 2000’s Brian was a regular member of the scottish farrier team gaining techniques and knowledge from some of the best and most experienced farriers from around the world.

In 2001 Brian sat the associate exam and achieved his A.W.C.F status.

Since becoming an approved training farrier it has given Brian great satisfaction in nurturing and guiding apprentices and also helping and encouraging fellow farriers, in passing on his experiences gained from working around many parts of the world.

Which brings us up to the birth of know foot know horse.com. 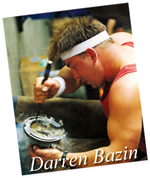 Darren Bazin was born into a horsey family and it was only natural that he would want a career working with horses. He became interested in farriery through a farrier friend of the family Philip (Tip) Warner and after completing school he managed to secure an apprenticeship with five times world champion blacksmith Billy Crothers and his business partner Carl Bettison. After a thoroughly enjoyable apprenticeship he managed to obtain the diploma of the worshipful company of farriers in 1992 and went on to become an associate in 1994.

Throughout his apprenticeship he was encouraged to compete in shoemaking competitions and once qualified started competing in the open shoeing classes.A competitive edge
and a dedication to his craft saw him become 3x world forging champion, 3 x world shoeing champion
and 3 x world champion Blacksmith.

He has been consistent member of the England horse shoeing team for the last 15 years and has competed in not only the UK but also the USA, Canada, Scandinavia and Italy.He has also judged both at home and abroad.
The competitions have enabled Darren to strive for excellence which has helped maintain a top standard in his every day work in the busy practice based in Northamptonshire where he now trains his own apprentices. Another knock on effect of being one of the world’s top competitive farriers are the various clinics Darren has been invited to give.

Darren is available for shoemaking and shoeing clinics both home and aboard. His shoeing practice covers Northants and parts of Bedfordshire, Buckinghamshire, Leicestershire, and Cambridgeshire. 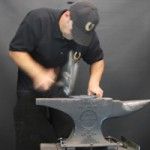 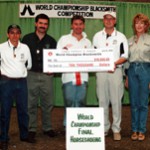 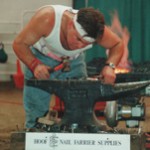